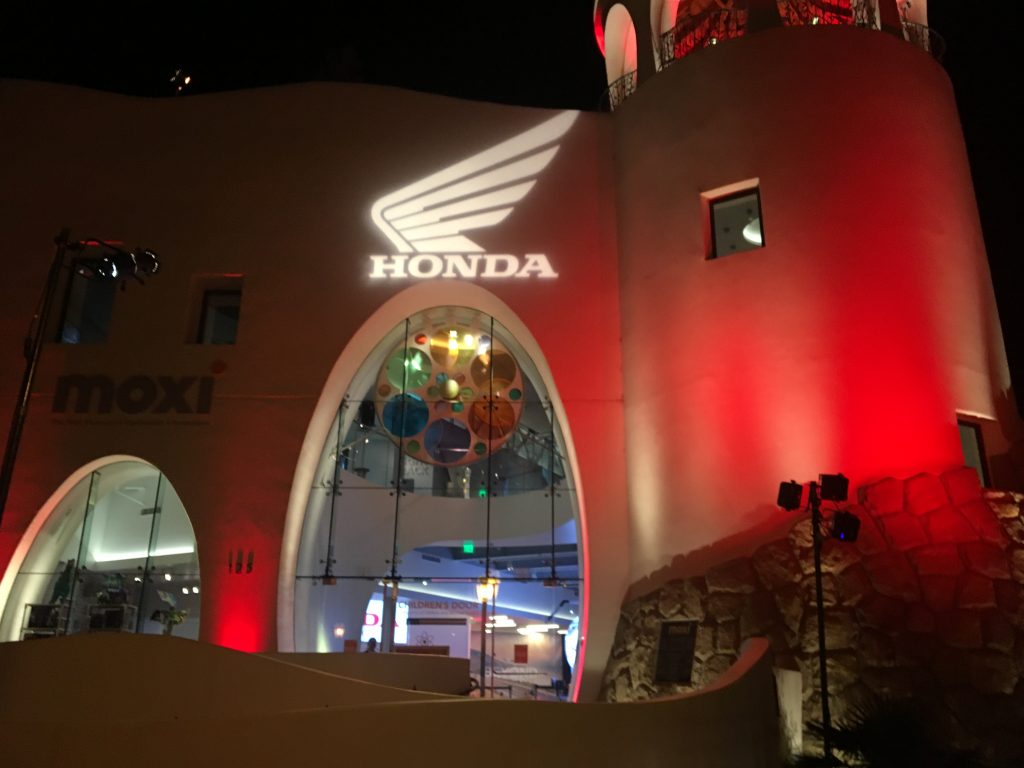 Islay Events was hired by Jonnum Media to design and produce the Honda Motorcycles North American event on October 24, 2017 at MOXI, The Wolf Museum of Exploration + Innovation in Santa Barbara,CA. This event was designed to introduce the 2018 Goldwing, one of Honda Motocycle’s flagship products, to the global market. The evening’s guest list was filled with members of the international press, Honda Executives, and Media Reps. Plus the event was broadcast on Facebook live to over 2000 viewers and live to the Tokyo Auto Show. We spent several weeks in pre-production working with the client and together we created goals, production details, and the look of the event. 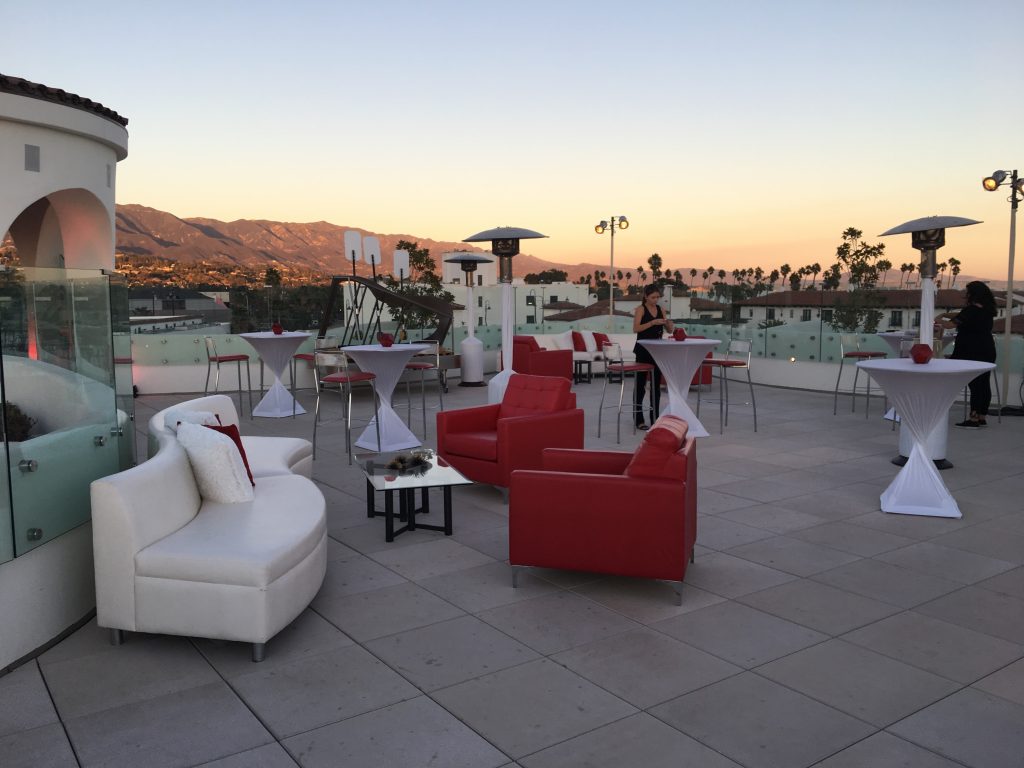 Honda Motorcycles North America had secured a buy-out of MOXI so load-in began the evening before. The day of the event came around and everything was coming together in the best possible way. With the help from Shannon Rice from Ventura Rentals Party Center, we were able to turn MOXI’s stunning rooftop into a stylish lounge and presentation area that displayed the red and white colors for Honda. There were white “s” shaped loveseats with red accent lounge chairs and geometric centerpieces on the cocktail tables to provide a luxury feel to the corporate event. Simply Cocktails provided quality, experienced bartenders to service the two stationed bars throughout the event. The whole production team was professional and quick on their feet when it came to last minute changes due to windy weather and adjustments to décor items. 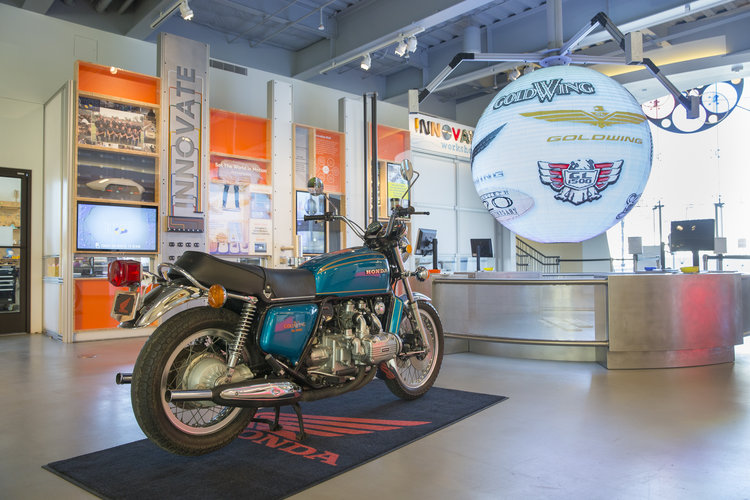 When the guests arrived at MOXI, they were treated to the Honda logo projected on the building which was lit in red. The first display they witnessed was of one of the historic bikes on the lobby floor with the Handprint Globe wrapped in Honda logos. As they arrived on the rooftop they were given a welcome drink by the staff from Simply Cocktails and stepped into the red and white themed décor. 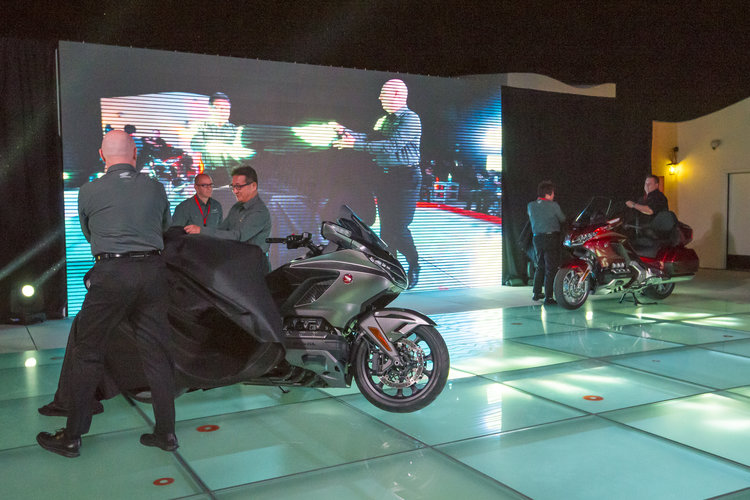 There were two new Goldwings covered on the stage for the audience to view during and after the presentation. Guests took their seats as the presentation began with the showing of a new commercial for the 2018 Goldwing on a 24 foot wide by 12 foot high LED wall expertly provided and staffed by 721 Industries. 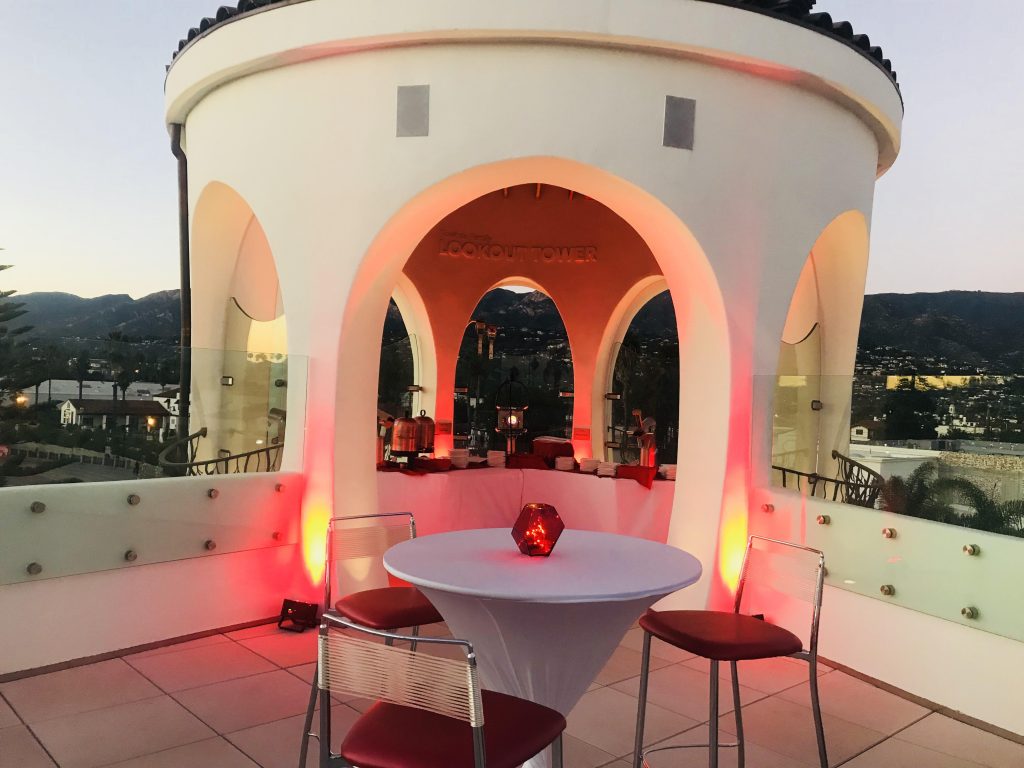 After the presentation concluded, the guests were invited for coffee, dessert, and an open bar at the Lookout Tower which was lit in red. Various bite size pastries were provided by local bakery, Christine Dahl Pastries, who was friendly and helpful in recommending the most popular desserts, as well as adding some of our color theme to the pastries. Simply Cocktails made a Blood Orange Margarita as the signature drink and had a full selection of beer, wine, and other drinks available. The coffee station offered regular and decaf, as well as to-go sleeves which included a red Honda logo on each. 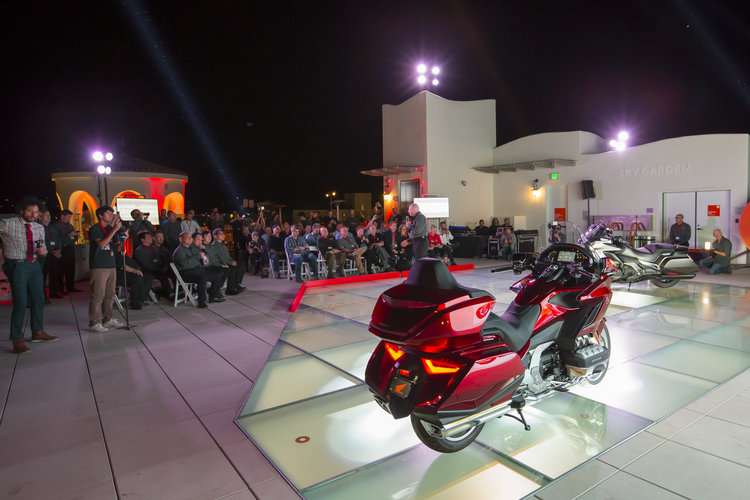 The new bikes were displayed on the rooftop and 2nd floor for press to look at and the Honda Team were available for questions about after the reveal. Video screens were placed throughout the museum to show the live social media feed that guests could interact with while they mingled after the presentation. 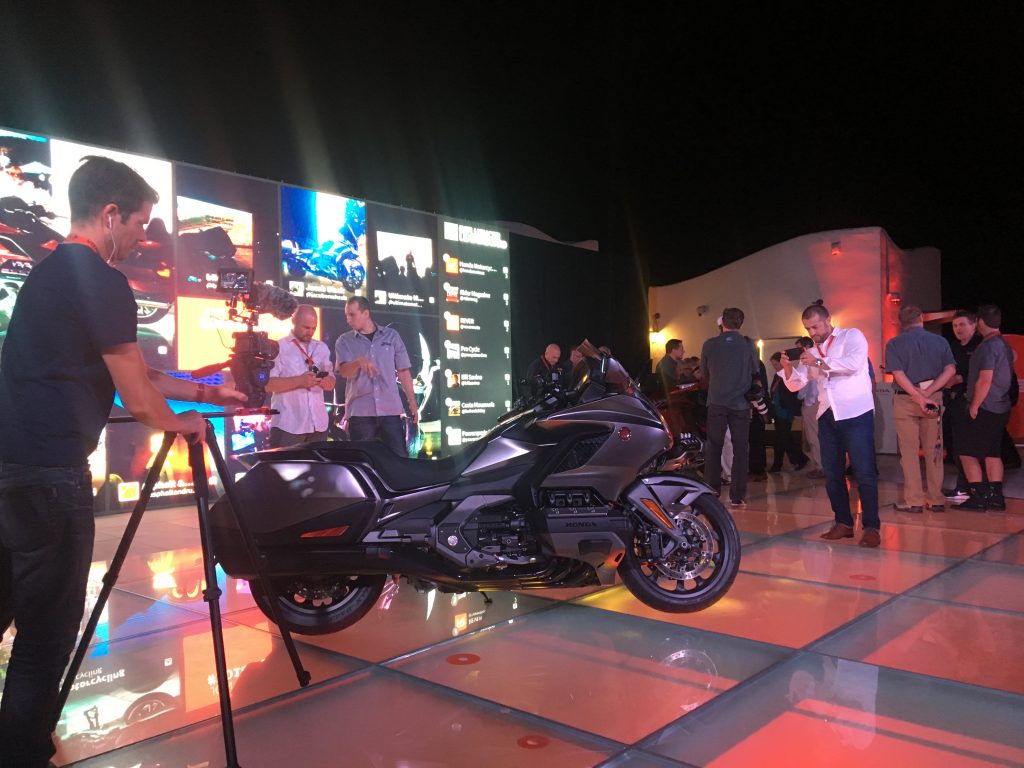 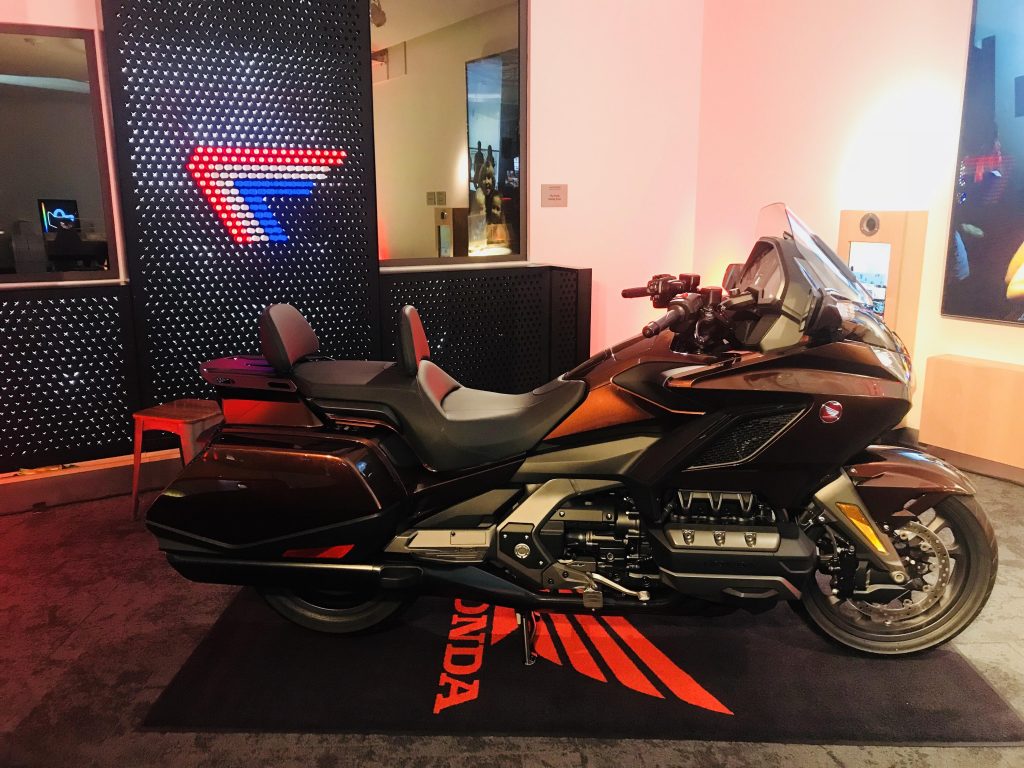 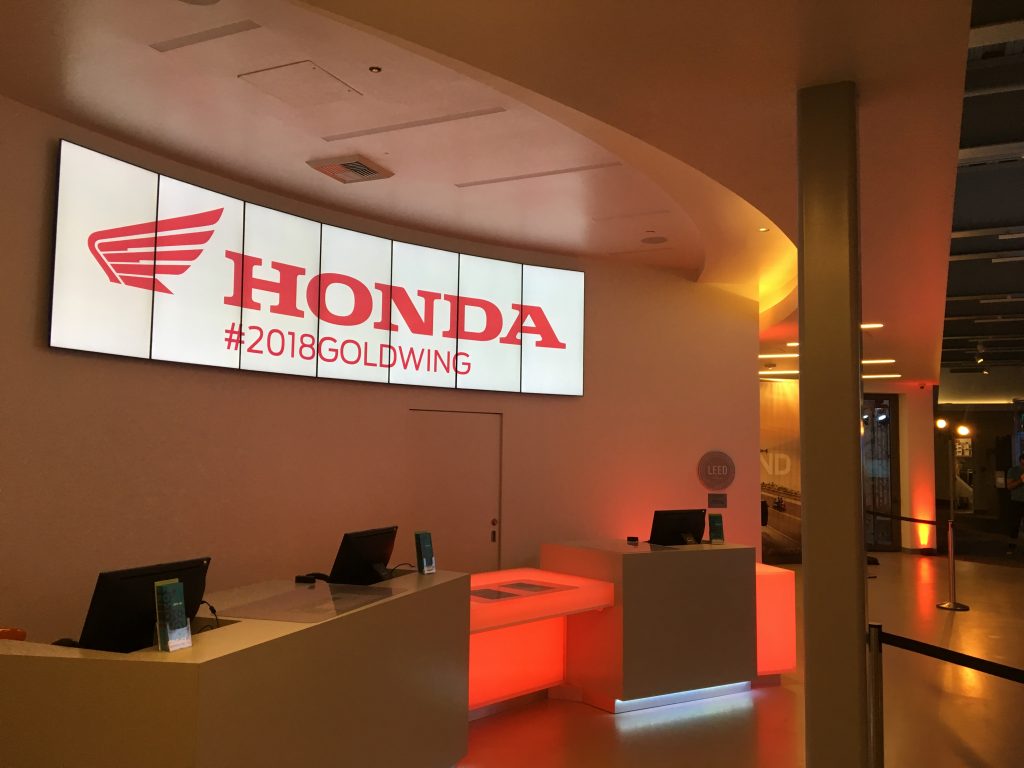 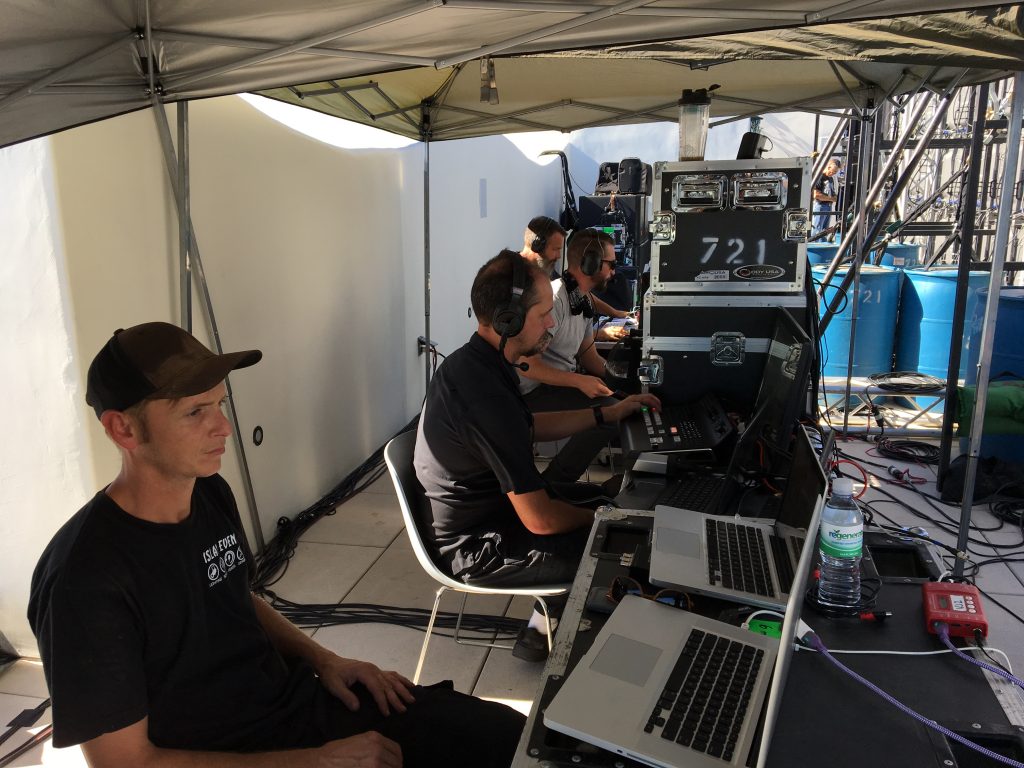 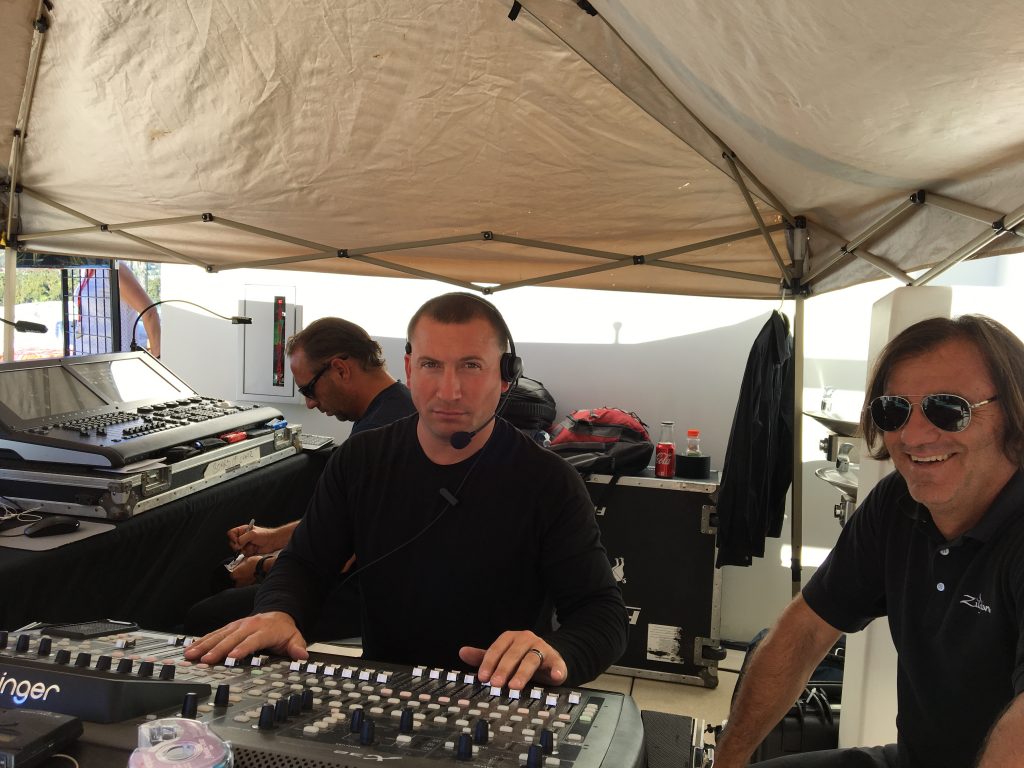