Live Comedy is back in Santa Barbara – Thursday April 29th

We’re bringing live events back to the central coast.

Join us for a night of Live Comedy at The Red Piano while we bring you a safe and enjoyable experience in their newly created – back outdoor patio equipped with a full stage and sound system as well as space for tables safely spaced apart.

This intimate event is limited in seats so get your tickets now. 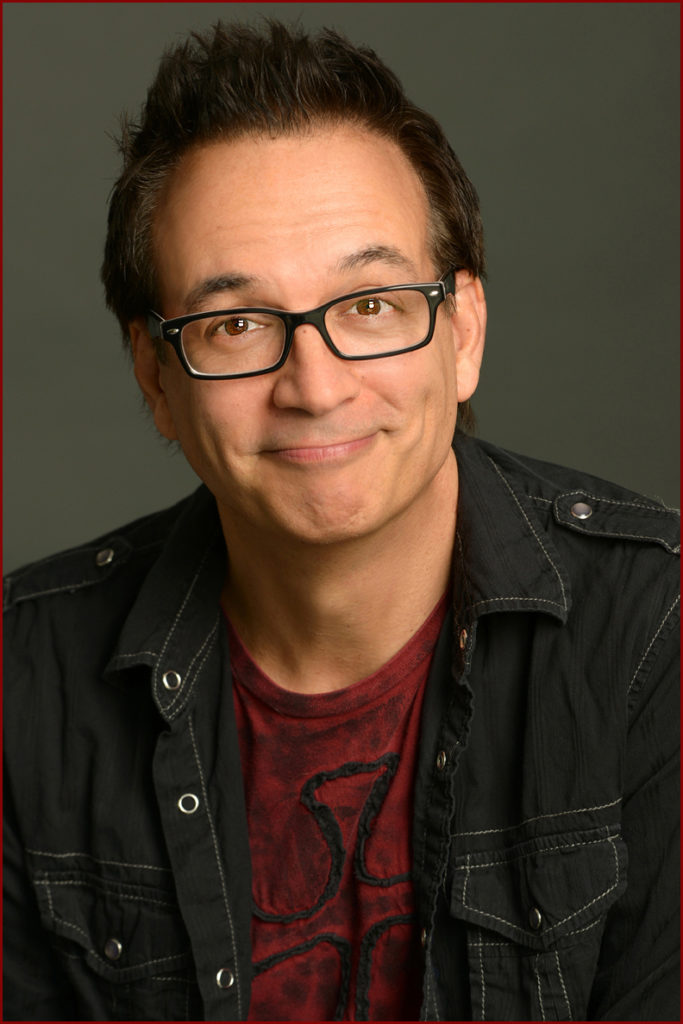 As he pinballs through his act, George leaves them laughing so hard they can barely catch their breath. His stage antics take us on a journey that includes hard-hitting jokes, life stories, and even… yes, Rock and Roll. Quoting a Las Vegas booker, “He really is the complete comedy package that you simply must see to believe.”

Perhaps his off-centered and out-of-step approach to life developed when he was teased as a child, being mistakenly labeled as ‘learning disabled’ and placed in special classes. Just minutes into his act he leads us to believe that maybe it wasn’t a mistake after all.

Pete got his start in show business as lead guitarist in a Cleveland based 80s rock group. “We wanted to be like the band A Flock of Seagulls, so we called ourselves APeckofPeckers.” Discoveringthathumorwashiscalling,Peteventuredinto comedy competitions. A quick string of wins set off a 20-year career that has included over 8,000+ shows -at a multitude of venues and corporate events- touring the world, headlining comedy clubs, cruise ships, colleges, military shows and special events.

No slouch as an actor, Pete has appeared in several major motions pictures, including The Shawshank Redemption and The Majestic as well as appearances on The Incredible Life of Darrell, Blood Relatives, Tabloid, Night Shift, Comedy at Club 54, Now That’s Comedy! and several national commercials.

As an accomplished musician, Pete uses music as an integral part of his act. He likes to call himself the “Rock Star of Comedy”, and one look at him, we see that he’s anything but! Stay tuned for an upcoming television show –currently in development- based on Pete’s crazy life. Oh, and be sure to catch his hilarious comedy CD and video, Comedy You Can Dance To. 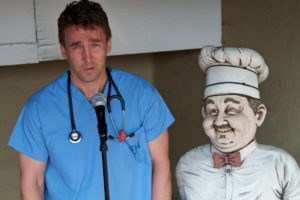 Dr. Mike   One day, while healing the sick, curing the long suffering and chronically complaining, and telling the moderately injured to fill out the proper forms and wait their turn, Dr. Mike realized that patients strapped to gurneys make the best captive audiences and that the only true way to heal someone is to make them laugh.  For laughter that comes from the heart and not dispensed by a nitrous oxide mask, heals the soul, if not the internal bleeding. Currently, the doctor is working with writer  Michael Lent and veteran television producer Bryan Stratte on a sitcom based on his life.

Anne Wilde  Ms. Wilde has performed as a professional actress, voiceover artist, & stand up comic in film, television, video games, theatre, & comedy clubs for more than two decades in New York City, Los Angeles, & across Europe. She is a member of SAG-AFTRA-AEA and received her training from NYU Tisch School of the Arts, AFI, & Temple University’s London program. After living in Switzerland for the last 16 years, Anne is thrilled to be a new resident of Santa Barbara with her awesome son, Dylan, & adorable little pug, Peggy!